Today, in honor of Veterans Day, we want to spotlight members on the Redeem Team who have served in the U.S. military and share their stories. At Redeem Therapeutics, we are thankful for these Veterans in our workforce who bring undeniable teamwork, discipline, and integrity to our business. It is an honor and privilege to work alongside and recognize our veterans. 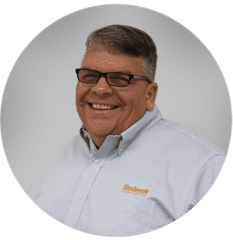 Mark Crawford, Navy
Mark is the VP of Sales & Marketing here at Redeem Therapeutics. Mark grew up in a family that had appreciation for the military, with a Grandfather who served in the Navy during World War II. Mark says he was exposed early and often to the benefits that being in the Military could bring, and knew from a young age he would join one day.

After high school, Mark attended California State Polytechnic University, Pomona, and majored in Engineering. When he was 24, he decided to follow through on his goal to serve in the Navy. In an effort to continue to be a “maverick”, Mark volunteered for submarine service and entered the Navy’s Nuclear Power Program. A program designed, developed, and directed by Admiral Hyman G. Rickover – the father of the Nuclear Navy. After successful graduation, he was assigned to a ballistic missile submarine, the USS John C. Calhoun (SSNB-630), and made 10 strategic deployments in 4.5 years. He then went to serve in the radiological controls (RADCON) division of the USS Frank Cable (AS-40). In 1989, he met his wife while stationed in Charleston, SC.

He entered the civilian sector after serving his 8 year comment. “For me, service made me a better citizen and more appreciative of sacrifice,” Mark says. He credits his time in the Navy for teaching him discipline, teamwork, strategic planning, loyalty, flexibility and finding new ways to face daily challenges. 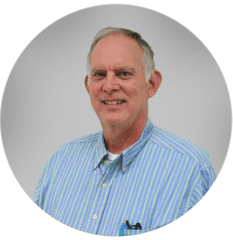 Dennis is the Quality System Manager at Redeem Therapeutics. Dennis was born and raised in a military family. Born in a military hospital, Dennis then went on to attend 5 different elementary schools and 2 high schools while traveling for his father’s career. Between Dennis, his Dad, 2 brothers, and brother-in-law, they have spent a combined 132 years in the military.

After high school, Dennis attended Trinity University in San Antonio, Texas, on a ROTC scholarship. He was commissioned and went into active duty in 1979, and went on to spend 22 years serving in the Army.

As for today, Dennis believes the discipline and lessons that he learned during his time in the military are still propelling him. “You have to be a continuous learner, because you have no control over your next job or assignment.” He credits his ability to adapt and learn new things quickly, meet challenges head-on and work as a team, to his time in the military.

We want to send a special thank you to all of the men and women who have served our country. We truly appreciate the sacrifices you have made!

Veterans remain near and dear to our heart. That’s why Redeem Therapeutics offers a 60% lifetime discount to Veterans who sign up for our Assistance Program.

Our goal was, and has always been to provide the highest quality natural alternatives, refined by science, to everyone.

If you believe you qualify for our CBD Assistance Program, you can fill out the form online and a representative will review your application within 5-7 days.

Up Next from Redeem

2020 has been a hard year. The Redeem Family, along with everyone else in our country and around the world have been personally affected by Covid; suffering unexpected and unimaginable losses. With all the bad, 2020 has given us opportunities to shine, come together to support our community, and spread hope and love. If you are reading this, you are an…
Read More + →
×
Scroll To Top